This October, Gideons and their wives participated in Scripture blitzes across the country, going coast to coast for Jesus. During a Scripture blitz, we reach as many people with a copy of God’s Word as we can make available within a week or weekend. These go to hotels, schools, hospitals, jails, and other locations. Here is a sample of the recent reports coming in: 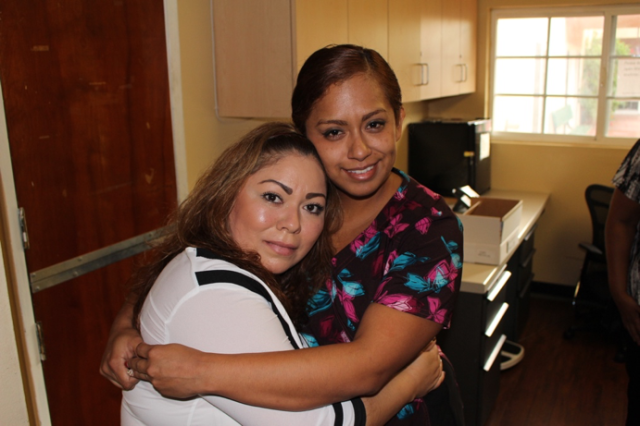 Sylvia and Marcella were joyful to see The Gideons distributing Scriptures at the right place at the right time in Los Angeles.

The City of Angels
Gideons took to the streets of Los Angeles for a week long blitz in October. One of the participating members, Hank Aizpuru of Santa Barbara, said, “I have never had so many opportunities to share my faith that God honoured with commitments to follow Jesus.”

From the time the blitz began, it was evident the distributions were supported by prayer as the Lord opened a window to pour out His blessing upon all involved. Gideons interacted with students from all over the world attending college in Los Angeles. One college student from Ghana saw Gideons handing out New Testaments and remarked how he had received one in high school in Africa. Another student, originally from Jamaica, was so excited about Jesus and the work of The Gideons, he began to rap and praise the Lord in song right there on the sidewalk.

At a high school in Lynwood, a student waited for her bus. She had received a New Testament and was busy reading it. Several Gideons walking by saw her reading and struck up a conversation with the young woman. They showed her where she could find help for life issues in the front of the New Testament and shared the most important page in the back. She turned to the back of the book and began to read each section out loud. The Gideons talked about how sin related to the world today and then told her about the remedy for it all. They prayed together and Dashawna signed her name at the back of the book right there waiting on the bus. The Lord is faithful to provide the heart change if we simply make ourselves available to His purposes.

Many assisted living facilities were on the route for the week. Sylvia, the activities director for one centre, asked the Gideons if they were “people who prayed.” Sylvia then used the intercom to call a co-worker, Marcella, to the office. Marcella wanted prayer for her husband who wasn’t saved. She told the team she had been far away from God and felt He was calling her back. The team prayed for Marcella as tears streamed down her face. Sylvia shared that she and Marcella had prayed together that very morning and asked God to send an angel to help them.

The Gideons provided over 60,000 Scriptures to the City of Angels—all destined for people needing access to the Good News. Pray these Scriptures will bring forth future testimonies of salvation as we hold to the promise in Isaiah 55:11, which will ensure they will not come back void.

East to Colorado Springs
The Southern Colorado Front Range includes the foothill cities such as Colorado Springs and surrounding communities. Within three days in October, 60,565 Scriptures were distributed throughout this community.
The local Gideons were joined by Gideons from surrounding states, and 170 men and women prayed each morning for open doors. Those doors included hospitals like Memorial Hospital and Penrose St. Francis. The chaplains at these hospitals were most appreciative. 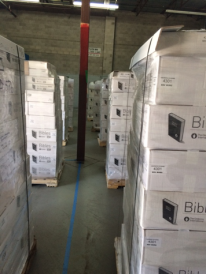 Colleges in Colorado Springs, Pueblo, were open for distributions due to preplanning with the college staff and energetic Gideons covering the campuses. At a local soup kitchen, Gideons were invited to minister to the homeless. The Auxiliary visited a large number of medical offices. This is just a small sample of the opportunities God provided in the Colorado Springs area.

One of the Gideons from Pikes Peak was able to distribute service New Testaments to a local volunteer fire department. He was even asked to be their department chaplain! The Gideons were able to present several veterans with Scriptures as well. Pray all of these Scriptures will have a continuing impact on this community.

Up to Minneapolis and St. Paul
Across the country in Minneapolis, over 82,000 Scriptures were placed in the hands of men and women of the Twin Cities, as well as to students on the neighbouring campuses. Despite the traffic, over 150 men and women of The Gideons International drove throughout the city to get the Word out.

A Scripture blitz begins months before a box of Scriptures is ever opened for distribution. These months are spent on detailed planning and selecting facilities where Gideons can place Scriptures. Then, an estimate is made of how many Scriptures can be placed during the week, and a call is put out for help by the local Gideons, which often enlists members from other states as well. The routes are established for each day, and teams are assigned to the work. A central location, such as a hotel or church, is used as the blitz headquarters. Boxes of Bibles and New Testaments, often in multiple languages, are usually stored in a trailer or warehouse and await pick-up by Gideons for distribution.

In Minneapolis, over 200 hotels were visited and 31,000 Bibles were replaced in bedside tables. The old Bibles are recycled for use in prisons, jails, and homeless shelters. Gideon members work with hotel staff to find the most appropriate times to replace the Bibles on a room-by-room basis.

For distribution in hospitals, Gideons work through logistics with the facilities chaplains. Five Minneapolis hospitals received new Bible placements, and over 30 assisted living facilities were visited, as well as several hundred medical offices. Gideons distributed in high traffic areas on local college campuses, and 31,081 New Testaments were distributed to students by the end of the week. At Century College, students trickled in slowly, providing Gideons with an opportunity to talk more personally with students about their faith.

Police and fire-fighters across the city received 1,820 New Testaments. Local Gideons were also able to visit the chaplain of the National Guard, who requested 1,100 New Testaments for incoming trainees.

The local Gideons even “accidentally” ordered 50 soft-covered Bibles for a prison. When asked who ordered them, nobody came forward. One Gideon knew the warden at Oak Park Heights corrections facility, and as the two were talking, the chaplain asked if he could have 50 Bibles for the prison library. There are no coincidences when we pray earnestly to meet God’s will.

Down South to Durham
Finally, October saw the Gideons and Auxiliary out and about in the “The Triangle” area of Raleigh, Durham, and Chapel Hill, North Carolina. Over 34,000 Scriptures were distributed into the hands of students, medical staff, and others—many who may be reading their copies of God’s Word right now. 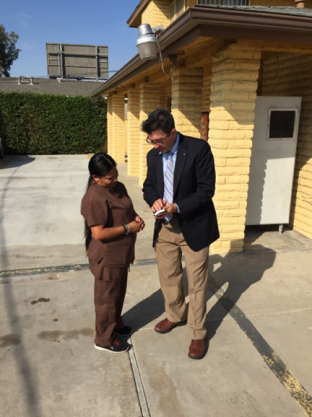 Gideons also have the opportunity to share with hotel staff as they distribute.

Gideons were able to distribute on the campuses of UNC Chapel Hill and Carolina Central. Duke University Hospital received new Scriptures for the patient rooms, as did many of the medical offices throughout the area. Gideons were welcomed everywhere they went, including a short stop at the local jail to distribute Scriptures.

“By now you can see the pattern and the power of Scripture blitzes,” said Gary Lewis, state president of The Gideons in North Carolina. “This is the work that has to be done, and God allows us to participate in it—from coast to coast and the uttermost parts of the world.”

With every Scripture blitz, and with each New Testament given out, Gideons pursue a common goal of reaching men, women, boys, and girls for the Lord Jesus Christ. Please continue to pray for hearts to be opened to the Gospel message and for lives to be changed by reading His Word.