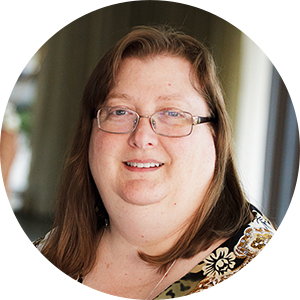 Each year, we celebrate the resurrection of our Lord and Savior, Jesus Christ. His journey from the garden to the cross and beyond was the accomplishment of His mission on Earth. What looked like an ignoble defeat was the most important victory ever won. Only God could have enabled and envisioned such a powerful plan, and only Jesus could have fulfilled it. That said, Jesus isn’t the only victor. As believers through the ages trusted Him for salvation, they became victors as well.

As we move further into 2020, with all its tragedy and challenge, let’s celebrate the many ways Jesus shares His victory over sin—snatching life from death, providing hope and healing, and helping us move from dark to light. Here are a couple of examples of how Gideons share the Good News of Christ’s triumph and the personal victories that result:

Gideons in Armenia visited the Karabakh area about three times each year during the Armenia and Azerbaijan conflict. They provided Scriptures to military bases and other institutions. While traveling, they met Hasmik, a girl studying to become a journalist. The Gideons shared the Gospel with her, and she was touched by the Word of God. Armen, one of the Gideons present, exchanged contact information with Hasmik, then the Gideons returned home.

Some time had passed before the Gideons returned to the Karabakh region. Being in the area again, Armen remembered the conversation with Hasmik and wanted to follow up. The men had a bit of free time in their schedule and decided to visit her place of work.

That day, though, she had not shown up. The Gideons felt uneasy about the situation and gave her a call, but there was no response. Armen tried again and again. Finally, Hasmik answered and agreed to meet with the Gideons.

When she arrived, she confessed where she had been. Hasmik was in her house, standing with a rope at her neck ready to take her life. The phone started to ring suddenly, and it wouldn’t stop. Hasmik heard a voice that said, “Do not pick up the phone! You won’t be able to finish what you’ve started!” Another voice came, louder, “Pick up the phone. Your friends are calling.” She answered the phone, and Armen was on the other end.

Hasmik shared about her life since she had first met the Gideons. Her parents and brothers were killed during the political unrest. She thought nobody cared, leaving her lonely and desperate. This hopelessness was all-consuming, and Hasmik could only think of escaping it by ending her life.

Armen and the other Gideons told her about God’s deep love for her. It took time in conversation, but Hasmik began to understand God’s love for her. She rededicated her life to the Lord, excited to learn more about Him and hear His voice in her life.

A hope that changes everything

At age 15, Natalya was addicted to drugs. There wasn’t much in her life going right. Everything soon came to a head when she became gravely ill. Her body couldn’t support the lifestyle she had been maintaining for so long, which was full of chaos, sin, and despair.

Natalya stayed in the hospital for over a year, but her health only worsened. Her spine and heart valve started to rot. She couldn’t walk or even stand. Natalya saw no hope for her life. One day, though, she caught a glimpse of something more.

Gideons and Auxiliary visited the hospital, presented her with a Testament, and prayed for her. No one had prayed for her before, especially not strangers. Natalya began to read her gifted Testament and search for fellowship with other believers. All the while, God was at work. He began to heal her broken body and spirit. It was the Lord who gave her hope when she had none.

After Natalya joined a local church, she became completely healthy. Now, she is married with children. She and her husband, Dmitry, are members of The Gideons International, and Natalya often returns to the hospital where she stayed and witnesses to the ill and broken.

Hasmik and Natalya had people step into their life when they thought all hope was lost. In some of their toughest moments, they experienced the power of salvation in Christ. May you be encouraged in your faith today. He has Risen!

“He has delivered us from the domain of darkness and transferred us to the kingdom of his beloved Son, in whom we have redemption, the forgiveness of sins.” —Colossians 1:13-14 (ESV)