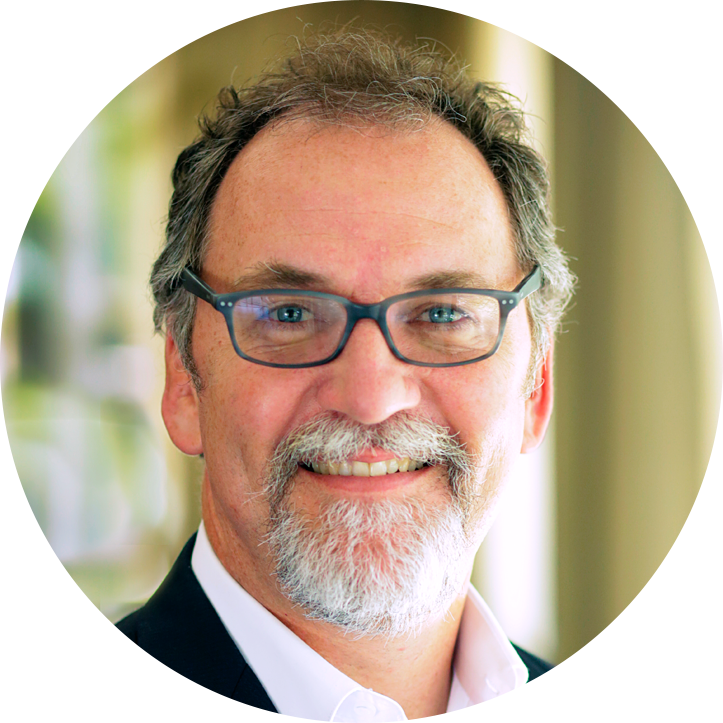 Building Better Leaders is a three-part series of articles from Dr. Andrew Johnston, in which he shares strategic principles of effective leadership based on Biblical principles. In this second article, Dr. Johnston describes the importance of calling people to greater commitment.

I was recently flipping channels and marveling at the barrage of infomercials on late-night television. I learned about stain removal, slicing things, and the wonders of nonstick cooking. I also learned that the men and women pitching these products are amazingly persuasive. I found myself thinking, “You know, he’s right… I probably do need a special gizmo to pull weeds the correct way,” and, “She’s got a point… I would be a lot happier if my kitchen knives could saw a brick in half.” The items they were selling were intriguing, but it was not the actual products that drew me in, it was the deal. The prospect of getting an exceptional, life-changing gizmo at such a low, low price. (In fact, if I acted quickly, they told I could get a second set of the steak knives for free!)

In my experience, many leaders think of themselves as pitchmen or pitchwomen. Like salespeople, they describe exciting future states in ways that inspire action, and their vocabulary is filled with sales jargon. They sell people on their vision. They cultivate buy-in from stakeholders. They talk about ROI (returns on investment) in their development plans and performance reviews. But leaders are not merely pitchmen and pitchwomen in at least one crucial respect: They are not simply wooing their people toward a new idea or opportunity; they are trying to create genuine commitment over time, and that takes more than the prospect of a great deal. It takes a compelling purpose.

Think of the difference this way—the late-night hucksters I was watching cared more about my compliance than my commitment. Compliance is about getting the right action and moving people’s hands and feet, but commitment is about getting the right convictions and moving people’s hearts. The product-pitchers were looking for action. They wanted me to grab my credit card and “call now” because quantities were limited, and operators were ready to take my call. By contrast, leaders who are looking for real engagement need to care more about commitment than compliance. They want to motivate a change in people’s underlying values and need to be wary of being satisfied with behavior when what they really want is buy-in. This means they need to be more concerned about the amount of worth than the amount of work and have the courage to tell the potentially unappealing truth about what serving worthy goals will cost.

Jesus models this tactic each time he refuses to sugar-coat the true cost of following Him. He never cuts a deal or tries to woo followers with a “bargain.” He tells the rich young ruler it will cost him everything and warns another would-be disciple that he cannot afford the time to bury his mother and father (Mark 10:21, Luke 9:59-60). Jesus is looking for real commitment, so He does not water-down the hard work of taking up their cross, denying themselves, and losing their lives (Mark 8:34-35). He elevates the worth of what they will gain by it instead—they will save their lives, be blessed, experience eternal life, enjoy God’s peace, and be worthy of Christ Himself (Matthew 10:39, Matthew 19:29, John 14:27, Matthew 10:38). He tells them the kingdom of Heaven is like a fine pearl, expensive but worth every penny because he knows that commitment is not fostered by lowering the cost as much as by elevating the value (Matthew 13:34-46).

Leaders who are looking for real engagement need to care more about commitment than compliance.

Many leaders miss this reality. Like infomercial spokespeople, they try to enlist others in their endeavors by pitching the best “deals” they can describe. They think people will move in new directions or accept new ideas best if the cost appears inconsequential. So, they try to make changes and investments sound as minimal or as manageable as possible. “There won’t be too many extra hours required.” “The project won’t last all that long.” “There will be new synergies and shortcuts that offset any increased demands.” “The change is not that big, and the transition won’t take that long.”

There is just enough truth in this to convince you it is the secret to motivating behavior and leading change. Unfortunately, if you try it, you will discover that this technique is only about behavior and that dialing down the investment can drain the buy-in of your people even as it temporarily elevates their activity.

Here’s why: It isn’t crazy to think that people might respond to a good deal, but this technique focuses on the wrong side of the equation. It tries to sweeten the deal by making the investment seem less consequential instead of by making the return seem more worthy. It entices people to do what you’ve asked, but without increasing their commitment to the purposes behind it. If they act, it is not because they’ve genuinely bought in; it is because what you’ve asked is not troubling enough to resist. The unfortunate truth is that commitment never exists without action, but action frequently exists without commitment. Sweetening the deal like this might get things moving, but it also makes the “deal” fragile and prone to failure as soon as things get uncomfortable or demanding. And, let’s face it, every important or meaningful endeavor eventually gets uncomfortable and demanding. Jesus models the way and prepares the disciples to stay the course by warning them starkly in John 16:33 (ESV), “In the world you will have tribulation. But take heart; I have overcome the world.”

Dial up the worth more than you dial down the work. Instead of lightening their load, give your people a better reason to carry the load.

Buyers’ remorse may be a small concern for the infomercial pitchman, but it is a big one for you as a leader because you are looking for more than a one-time response from your people. You cannot afford for them to burn out and leave, or worse, burn out and stay. Therefore, you need to create the kind of engagement that enables them to persist and regularly reinvest. You need them to believe in what they are doing enough to want to give generously of their time and talent. That means you probably need to be more preacher than pitchman and dial up the worth more than you dial down the work. Instead of lightening their load, give your people a better reason to carry the load.

Dr. Andrew Johnston makes a life out of helping leaders and teams discover their potential and inhabit it fully. He is a sought-after consultant, professor, and coach, and the former Director of Learning & Development for The Gideons International. Learn more at: DrAndrewJohnston.com  or check out his latest book: Fired Up: Kindling & Keeping the Spark in Creative Teams