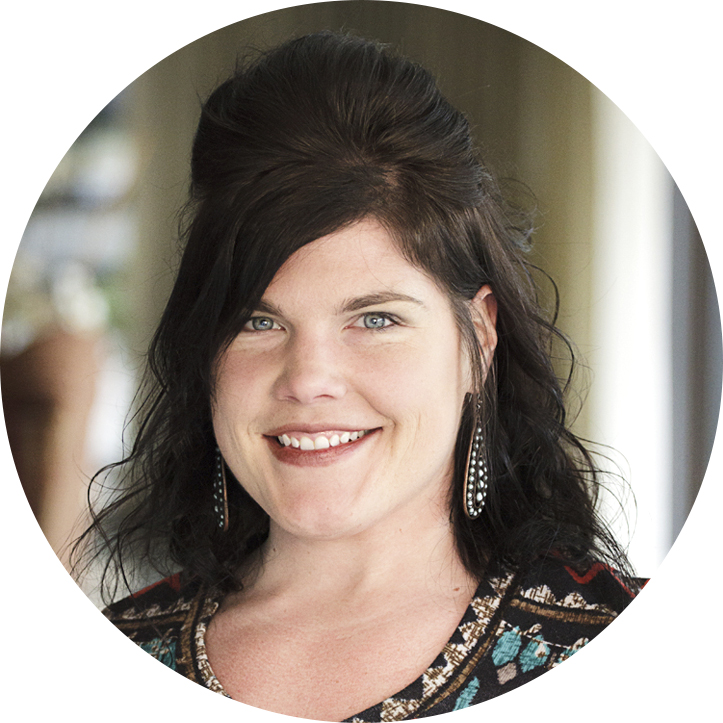 Sheri Boone was born in 1965 and raised in a loving, Jewish household in Los Angeles. She attended Hebrew School, and her family participated in regular temple activities. Sheri recalls the first time she believed in God, “When my mother disciplined us, she’d look up at the sky and say, ‘God give me strength.’” From the outside, Sheri was part of a typical Jewish family. It was only on high holy days, during the time for silent prayer, she felt God was far away. Sheri’s father died just before she turned seven years old, and her mother remarried a Jewish man who brought with him two more brothers for Sheri.

While sleeping over at a friend’s house, Sheri was invited to a get-together for junior high students at her friend’s church. She decided to go to be with her friend. During the service, Sheri watched as kids her age raised their hands and praised God. She also heard the pastor talk about Jesus. After the meeting, Sheri approached the pastor and asked how she could know Jesus was real. The pastor told her to go home and ask Him. So, that’s just what she did, but nothing extraordinary happened.

One day while washing dishes, her mind strayed again to spiritual matters. She began thinking about her life. She was quite popular at school. She had a boyfriend and nice clothes. “I had everything television and the movies said would make me happy, but I wasn’t happy,” said Sheri. She wondered if it was all life had to offer.

“I had everything television and the movies said would make me happy, but I wasn’t happy,” said Sheri.

Sheri was 16 when she found her answer. Before heading to bed after a Friday night party, she noticed a New Testament lying in the laundry room. She later found out one of her step-brothers found it on the railroad tracks near their home lying next to an old, black jacket and some other lost and lonely items. He had put it in the laundry room to dry since it was wet from the rain. “I wondered what it was, so I brought it to my room and started reading portions from it each night,” she said. “The words brought me a feeling, which I now can explain as peace.”

What Sheri could not understand was why the book kept repeating the same story over and over again. In the New Testament, she read God is light. “I wanted to find that light,” she said. “I knew I couldn’t believe that Jesus was God as a Jewish girl. But light—now that was very Jewish.”

For her sixteenth birthday, instead of a party, Sheri asked her parents to go to Israel. “Surely, I can find God in Israel,” she thought. Her parents were elated at her request, and they did not hesitate to send her on a month-long trip to learn the Hebrew language in Netanya, the Northern Central District in Israel. Sheri hid the New Testament in her backpack and headed to Israel with 50 other Jewish high schoolers. “I learned the Hebrew language, the ancient history, and the unique culture of my people. I met very interesting people, traveled to amazing sights, and even climbed Mount Masada, but at the end of the program, I returned to Los Angeles the same me,” she said.

One day shortly after that trip, my brother took me aside in the family room, closed the door, and said, “Sheri, I believe Jesus is the Messiah. Come to a Bible study with me.” Sheri normally did everything her popular brother did, but she wasn’t sure she could follow him to a Bible study. “Jesus was not for Jews. I actually thought he was meshugana,” said Sheri, using the Yiddish word for “crazy.” Somehow, he convinced Sheri to attend the study with him. At the end of the meeting, the group shared a prayer. Sheri’s heart had already been softened by reading the Word, and the Holy Spirit began to move for her in a real way. She started to cry.

One of the women at the meeting took Sheri aside and went through the plan of salvation with her. “I asked Jesus to forgive my sins, and He became my atonement,” she said. “The Bible says when we believe, God gives us the Holy Spirit to live inside of us. I felt my spirit alive for the first time in my life.” To this day, she remembers waking up the next morning and hearing the birds singing as if she had never heard a bird sing before.

She was baptized in a jacuzzi the following week during Bible study. When her parents heard about her decision to follow Jesus as Lord, they were not happy. “My dad was already upset with my brother, but now I was a Christian, as well. He did not talk to me for a very long time,” Sheri said. “He did, however, make me go see the rabbi, who thought I was a lost cause. But I knew the truth—I had finally been found.”

A year later, Sheri met with a faithful, Jewish friend, who took care of her biological father’s trust funds. She was in need of financial assistance in order to attend a Christian college. Her father’s friend was not too pleased to have spent so much time and effort growing the account only to find out its benefactor was now a born-again Christian. He decided to contact one of his Christian friends, Dan Boone, to meet with Sheri and make sure she was not taking part in some sort of cult. Dan took her to lunch and was happy to report back she was just fine. As God would have it, Sheri married Dan’s son, Chuck Boone, 10 years later.

“Truly, I say to you, there is no one who has left house or brothers or sisters or mother or father or children or lands, for my sake and for the gospel, who will not receive a hundredfold now in this time, houses and brothers and sisters and mothers and children and lands, with persecutions, and in the age to come eternal life.” —Mark 10:29-30

Sheri’s Jewish friends were not supportive of her decision to become a follower of Christ, nor was her family. “That was scary for a 17-year-old believer to endure, but God sent a Jewish, Christian couple my way who taught me that I could be Jewish and believe in Jesus. They have been my spiritual parents for the last 32 years,” she said.

God, in His provision, opened the door for Sheri to attend Azusa Pacific University, where she was surrounded by Christian young people and solid, Biblical teaching. She received a teaching credential there and has been teaching for the last 30 years. She feels honored to be a staff sponsor for Fellowship of Christian Students, a small group of students at the high school where she teaches.

“My husband and I have a 16-year-old son who is a believer in Jesus Christ. My mother recently passed away, but she accepted Jesus as her Messiah towards the end of her life,” expressed Sheri. She continues to pray for her 87-year-old stepfather to come to know the Lord.

“Then you will call upon me and come and pray to me, and I will hear you. You will seek me and find me, when you seek me with all your heart.” —Jeremiah 29:12-13