Guatemala is the most populous nation in Central America. Bridging Mexico and the rest of Central America, it is a country rich in resources and culture.

However, Guatemala has had the misfortune of much civil unrest and political corruption, depriving the people of safety and peace. A decades-long civil war, 1960-1996, splintered the nation and claimed many lives. The history of Guatemala bears many scars, brought by years of conflict imposed from within and without, but the people have shown impressive resilience and potential. Specifically, the Christian faith has remained strong in Guatemala, and the people are eager for more of the Gospel. 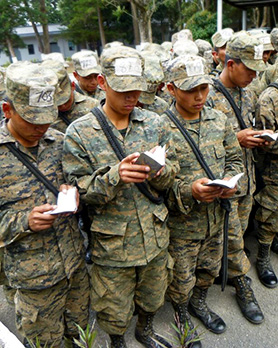 Prior to the first day of the blitz, Gideons spoke at local church services. One Gideon recalled: “The church service at Fraternidad Christiana de Guatemala was a great experience. I knew I was among Christian brothers and sisters.” The Gideon’s presentations drew interest from the congregation, including a top general in the Guatemalan Army. This man was able to provide “unprecedented” access for Gideons to distribute New Testaments to the military. While in the Guatemalan equivalent of a Veterans Affairs office, a waiting man mentioned he had once received a Testament while he was fighting in the jungle with the military. During the civil war, he was shot in the back. Miraculously, the bullet did not hit him. It pierced the Testament in his backpack. He hadn’t had a Testament since, so Gideons were glad to share a new one with him.

Miraculously, the bullet did not hit him.
It pierced the Testament in his backpack.

The next day focused on grade school students. The accessibility to the schools was great, and the receptivity inside was even better. At one school in particular, Aldea Chichimecas, the principal and teachers were overjoyed to see the Gideons arrive, eager to have Bibles in their school. Gideon Damon Disch recalled, “One girl said she was so happy since she now had a New Testament in her hand.” Gideons were able to visit individual classrooms, speaking to the students directly with truth and encouragement. 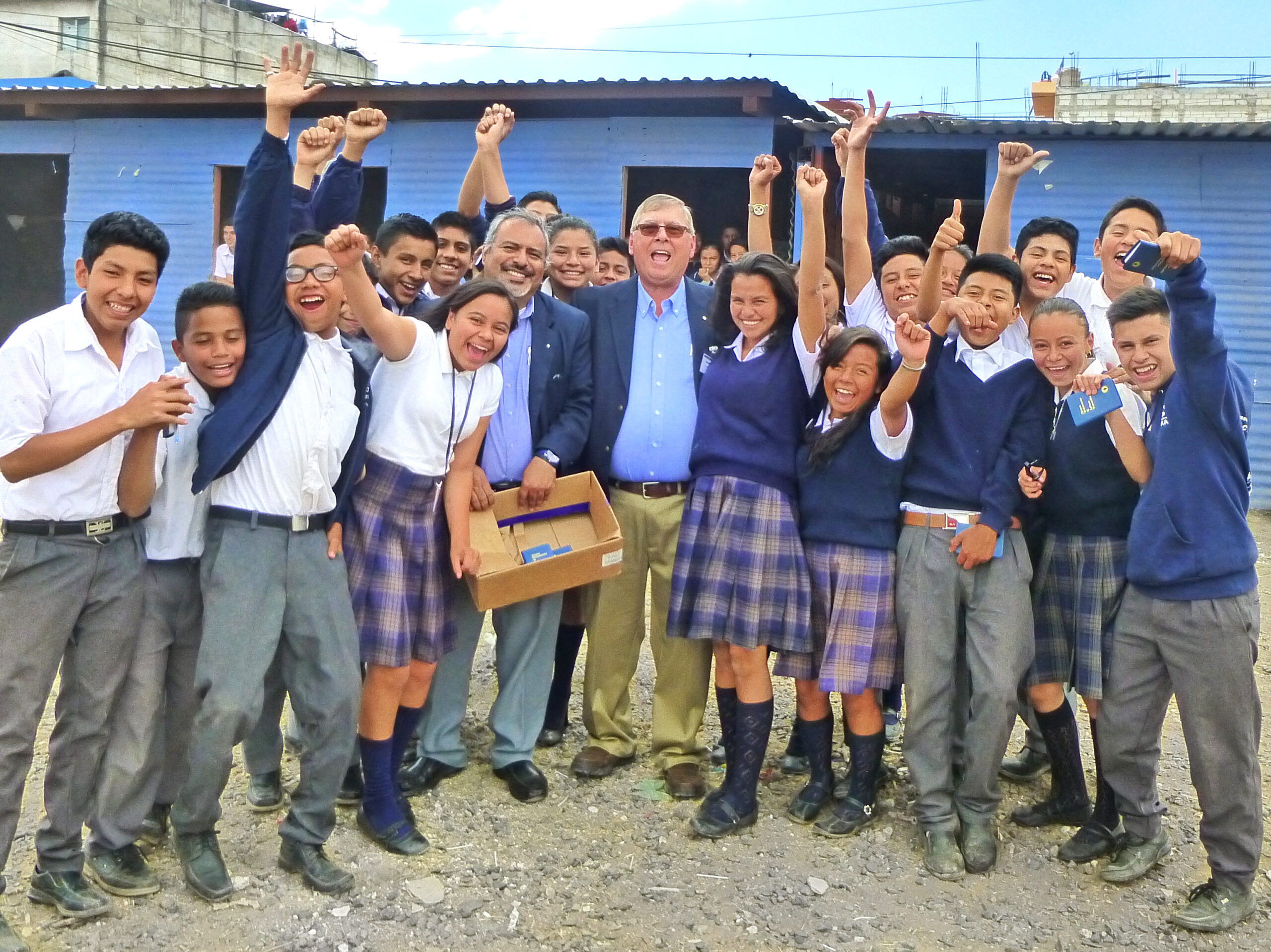 The rest of the week included more school distributions resulting in many smiling young faces. Fredi, a blitz participant, was especially adept at interacting with the kids in one of the schools. A former teacher, Fredi joined the students while they were playing in a courtyard – he organized games, played soccer with them, and used Bible verses to teach them all the while. As students asked questions, he was able to share the Good News with them.

The Auxiliary played a vital role as well. Their presence in the hospital was deeply felt, from distributing New Testaments to staff, to praying with the sick and suffering. Such individuals Gideons and Auxiliary prayed for included a boy with a severe snake bite whom doctors thought might die, as well as the parents of newborns. Amid pain and poor conditions, the light of Christ brought hope in their darkness.

“Amid pain and poor conditions, the light of Christ brought
hope in their darkness.”

Members in Guatemala and blitz participants worked diligently in the preparation and execution of this successful blitz. The commitment of the camps was instrumental in making the experience smooth and efficient. Members in one camp distributed 60,000 Scriptures on their own. Overall, 230,000 Scriptures were placed and distributed over the course of the blitz. The mission of The Gideons International is cherished in Guatemala, which shows enormous promise for the future.