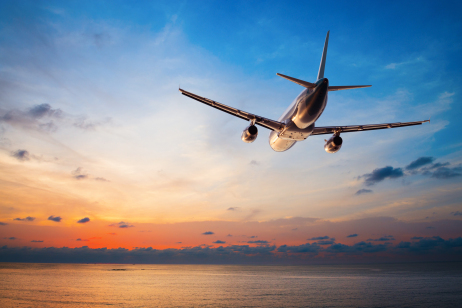 “This morning in Stockholm a couple discussed over breakfast the thoughts that they recently had about religion and things spiritual.

They flew into London Heathrow and then sat next to me on my flight to Miami en route to Jamaica.

We enjoyed good conversation over the ten hour flight and towards the end of it I offered them a truly wonderful souvenir of their trip to Europe, namely a Gideon Bible each and one for the man’s mum with whom he lived.

When I told them of the Gospel and God’s love for them by sending His Son to die for us it became apparent that God had appointed the three of us to meet in the sky and share the Good News! They both, together, responded to God’s call and trusted Him for their salvation.

They were so impressed with the Scriptures and kept on looking at the ‘Helps’ section in the Gideon New Testaments saying how useful it would be for them and were eager to sign the believers prayer at the back. The three of us were just blow away by it all! They were so enthusiastic about their future and the promises that we all have about that. We all prayed as we approached landing and I leaned towards them to be heard over the engine.

All’s well until I get to Miami to find the two hour queues to get processed made me miss my flight and then on top a two and three quarter hour wait to sort out immigration and tracing my luggage took another hour of queuing.

But you know I would just love to go through all that again. I said to them after all that I could go home mission accomplished! I asked them to write their names in my book so I, we, could pray for them and I have just looked it up and I see they have written “best flight ever!”

Their names are Cali and Veronica and they live in Costa Rica. Cali’s sister and brother in law are Christian missionaries; been praying for them no doubt…so should we!

May God bless you and all honour and glory go to Him…WOW God is great!”