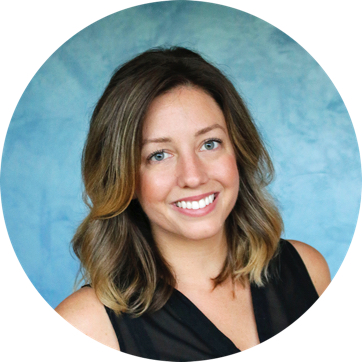 Each day throughout the world, countless travelers check into hotels, motels, and inns. The purpose of their journeys differ, and their accommodations vary in style, size, and prestige, but in the nightstand of nearly every room there is one thing sure to be found: a Bible. With a small emblem in the bottom right corner and print that reads “Placed by The Gideons,” these Bibles are the focal point of a far-reaching endeavor by The Gideons International over a century in the making. However, the very thing that has made us the most recognizable as an Association often leaves many wondering – who exactly are the Gideons?

Gideons are the average businessman. They are managers, engineers, and doctors. They are young entrepreneurs and seasoned retirees. They live in rural towns and bustling metropolises. Collectively, they have a desire to spread the Good News. Individually, they have stories that, when told, help illustrate what it means to be a part of The Gideons International.

Jason met Paula in 1998 through a mutual friend. He was studying at North Carolina State University, and Paula was just miles away at the University of North Carolina at Chapel Hill. Upon graduation, Jason decided to join the Navy. He trained in Rhode Island for six months before relocating to a naval base in Hawaii. Over the course of the next four years, he was deployed twice – once to the Persian Gulf and once to the Mediterranean Sea. Nevertheless, Jason and Paula’s relationship thrived on emails, phone calls, and the occasional visit until, finally, Jason was stationed in Florida and the couple was able to formally date.

They married in October of 2004 and settled in Paula’s hometown of Andrews, North Carolina, a charming municipality nestled in the quietly stunning Great Smokey Mountains. Paula was employed at Murphy Medical Center, where she continues to work as a speech language pathologist. Jason found a job at Nantahala Talc and Limestone Co., a family owned business founded in 1890 to harvest the natural resources of the Nantahala Gorge. Today, he is the company’s operations manager. Soon after their move, Jason broke ground on what is now a beautiful two-story log cabin that is home to the couple; their young sons, Jesse and Jacob; and the family dog, Mudbud. 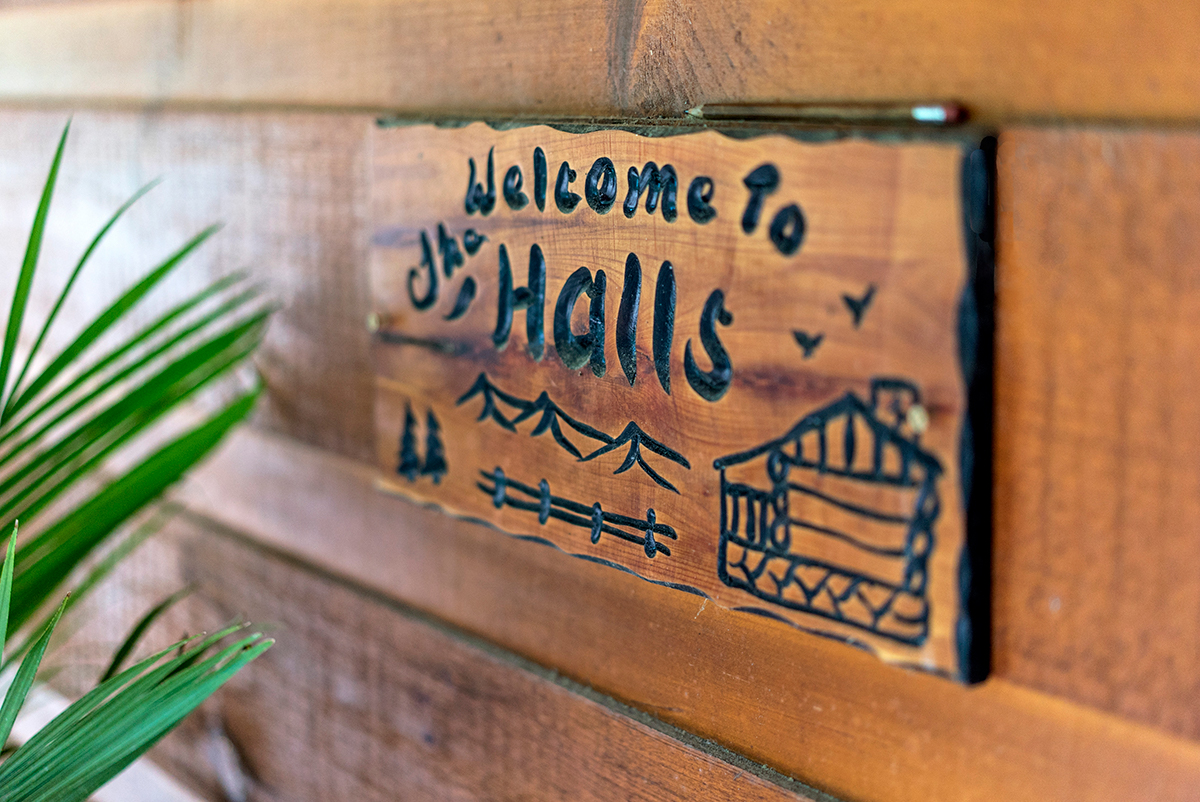 The newlyweds had been in North Carolina for less than two months when Paula’s father, a Gideon since 1989, invited them to attend an informative dinner for potential members. “Having grown up with a Gideon, Paula was obviously quite familiar with the Association, but my knowledge was limited. I actually thought The Gideons was some kind of secret society,” admitted Jason. “At the time, I had no intention of joining. We had just moved, we were in the beginning stages of building our house, and I had just started a new job, so I couldn’t see how I would have time. But as I looked around I saw men of various professions, all of whom had one common goal: witnessing to the lost. By the end of the meeting, I knew this was something I wanted to be part of. We filled out applications that evening.”

Over the next several years, Gideon events, such as monthly camp meetings, weekly prayer meetings, and of course, Scripture distributions, slowly began to populate the Hall family calendar. “It actually became part of our family very naturally,” explained Paula. “As the kids grew older, we just began taking them with us. Sometimes, they show up at camp meetings in their Taekwondo uniforms. They have developed really special relationships with the Gideons, and it has been the perfect way for us to teach them that ministry is the most important thing in life. Whatever we can do and however God can use us, it’s all to further His kingdom.” 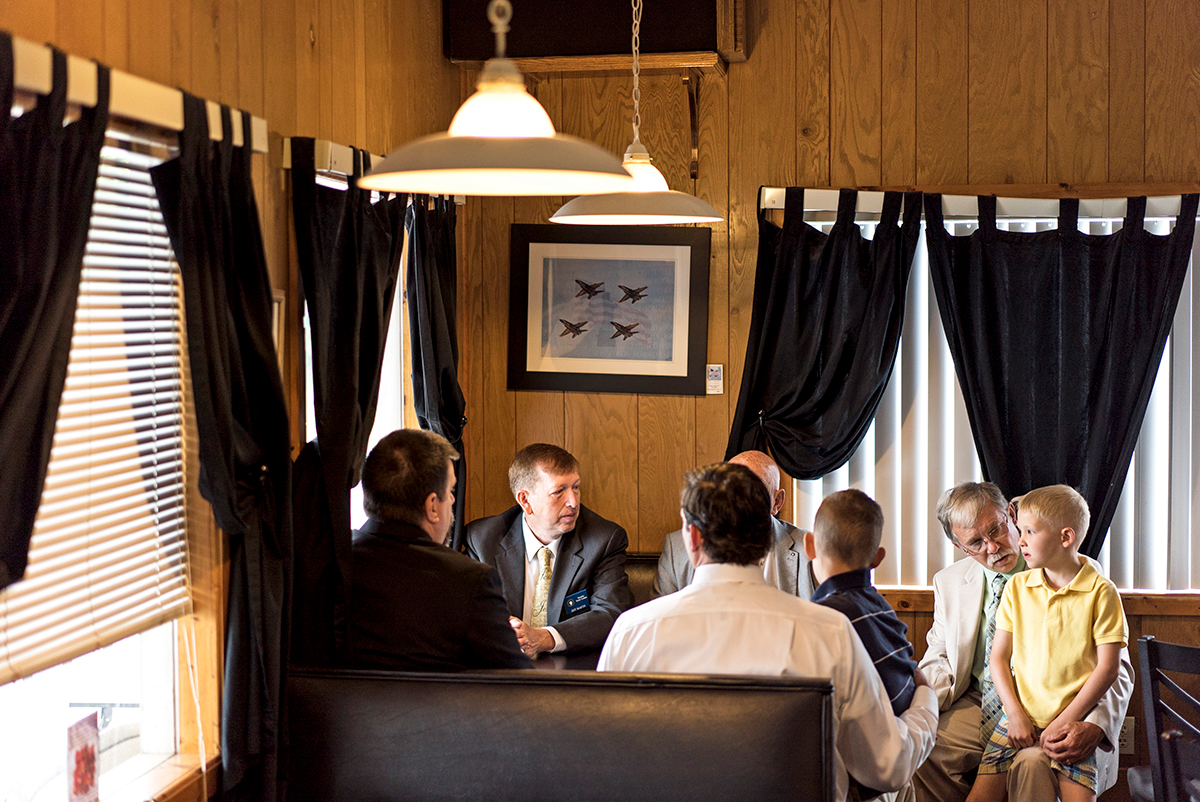 Paula grew up alongside many of the women she now serves with as an Auxiliary. “It’s a mentorship, and it’s people genuinely trying to support each other spiritually. Some of the ladies have been an encouragement to me in my service just by giving me a hug. It really connects you with people,” she added. “We have made so many friends, not only at camp meetings, but also at state conventions and International Conventions.”

Hosted annually in major cities throughout the United States, International Convention gathers Gideons and Auxiliary from the corners of the earth under one roof. The week-long Convention provides members the opportunity to conduct the business of the Association and to share how God is working in their respective regions and countries. The Halls have attended four International Conventions in Charlotte, Orlando, San Jose, and, most recently, Indianapolis. “Nothing compares to it,” said Paula, “We hear countless testimonies from men and women who have been persecuted for being Christians, who have come to know the Lord under dire circumstances, or who have experienced God move in mighty ways. We often tend to have a perspective that is USA-centric, so it’s amazing for me to consider how there are men and women on the other side of the world who are going to camp meetings and conducting distributions – just like we are. It’s a continuity that transcends cultures and time zones. With this Association, Gideons and Auxiliary across the globe are working as one unit, for one purpose.”

“It’s a continuity that transcends cultures and time zones. With this Association, Gideons and Auxiliary across the globe are working as one unit, for one purpose.” 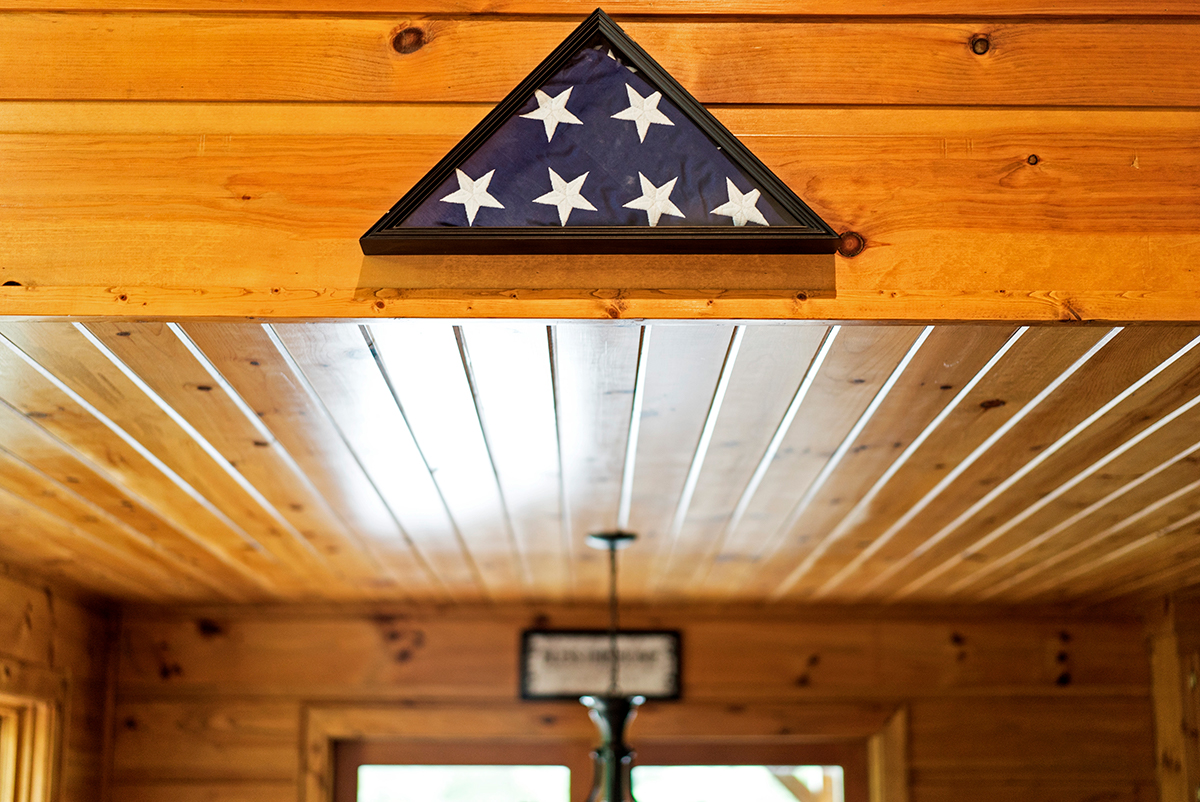 This continuity became a reality to Jason when he began to travel for International Scripture Blitzes. Blitzes partner local Gideons from specific countries with international teams, and together over the course of one to two week periods, they take as many Bibles and New Testaments to as many approved areas of distributions – such as schools, hospitals, prisons – as possible. Jason has participated in blitzes to Malaysia, Argentina, and Kenya. “It’s nothing like being a tourist,” he said. “When you go on a blitz, you meet the locals, and you get to know the culture and the language. They invite you into their homes and make you part of their families. You live their lives with them, and you do ministry with them.

“I’ve jumped out of planes; I’ve been scuba diving; I’ve swam with sharks; I’ve participated in ocean rescues; and I’ve jumped on ships at night while working for the Navy, and to me there has been nothing more exciting than participating in an International Scripture Blitz. It’s not an adrenaline rush – it’s an experience you can’t buy. To be part of the body of Christ going out into the world in this one little niche that we have as Gideons has been a blessing of immeasurable value.”

“…to me there has been nothing more exciting than participating in an International Scripture Blitz. It’s not an adrenaline rush – it’s an experience you can’t buy”

Jason’s international experience has also given him insight to better understand the special relationship between The Gideons and local churches. Operating as an extended missionary army of the church, Gideons take the Word to the world and, in doing so, point the world back to the church. The church, in turn, supports The Gideons through donations and, more importantly, through prayer. “A pastor of a local church in Argentina called for a fast while we were there. He and his entire congregation fasted for us, prayed for us, and supported us. There was so much love in that church, it was amazing,” remembered Jason. “It made me realize that, as partners in ministry, we can do more and go farther working together than working alone.” 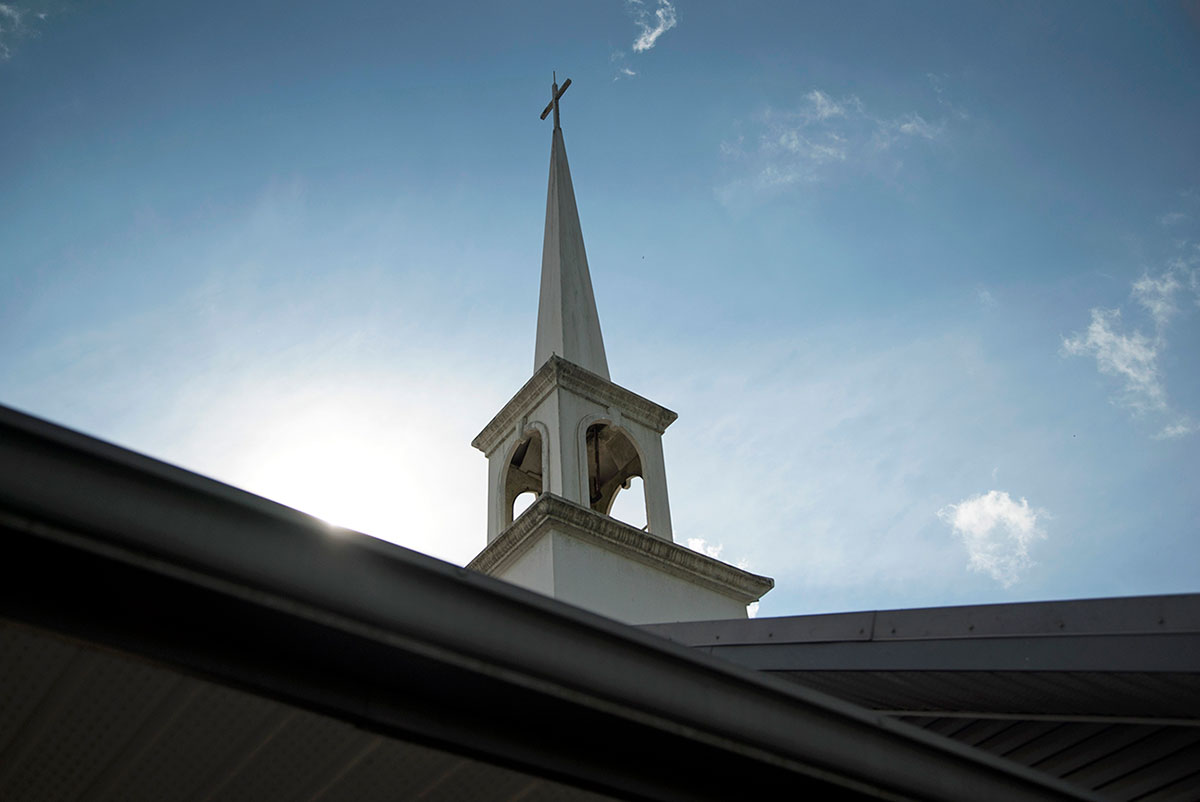 For that reason, Gideons in the Murphy Camp host an Annual Pastor’s Event, which is customarily a semi-formal banquet held at Tri-County Community College. “It’s a big event where we love on local pastors and show them how much they are appreciated, because we couldn’t do our work without them,” explained Jason. Gideons also call pastors on a regular basis simply to enquire about prayer requests. Three pastors are prayed for by name every week at Saturday morning prayer meetings. The Auxiliary, similarly, offer support to the pastor’s wives. “We pray for churches that don’t have pastors and for pastors who don’t have churches,” continued Jason. “We also send out two to three GideonCards per week, just to say thanks and provide a little encouragement. It’s an effort that has connected Gideons with pastors and, as it happens, pastors with other pastors, and it has resulted in this unique community of believers.” 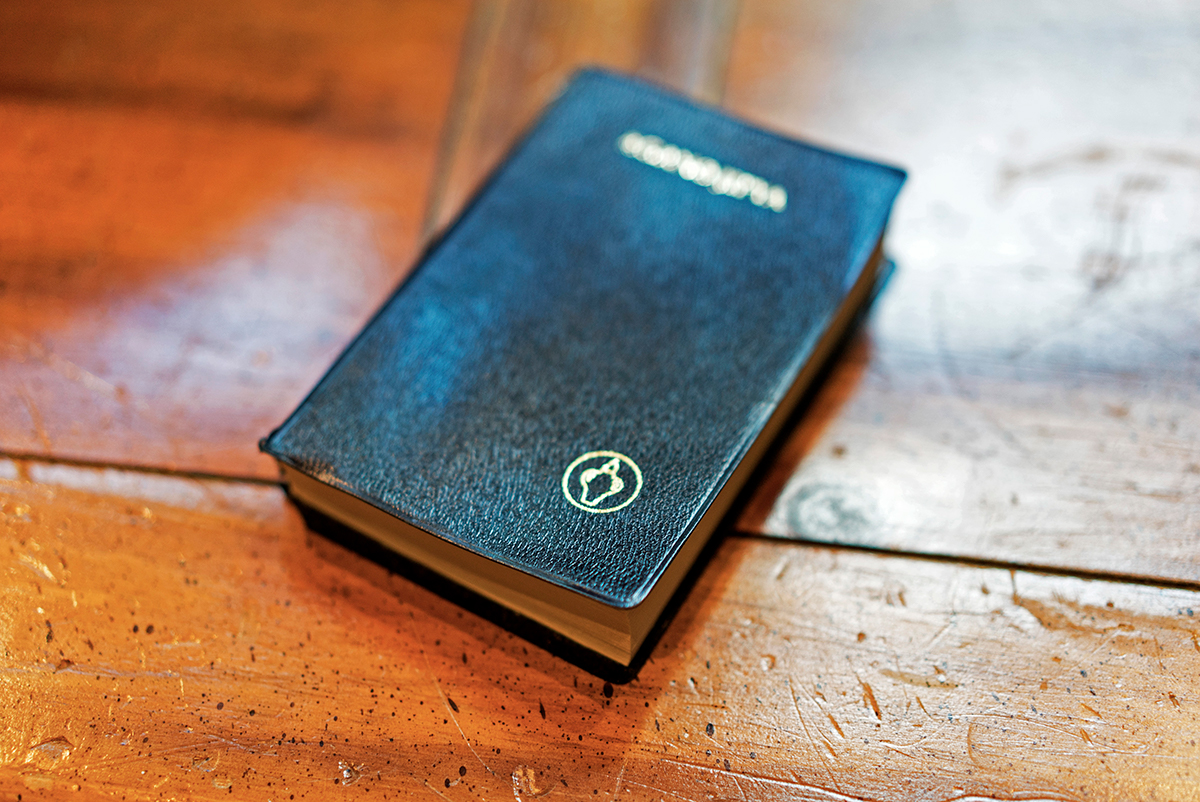 The more they became connected with Gideons and Auxiliary in their community, the more Jason and Paula began reaching out to those who do not know Christ. After all, the mission of the Association is about more than distributing the Word – it’s about evangelism. “I knew I needed to be witnessing more, but as an introvert, I hardly ever did,” explained Jason. “But that’s where The Gideons came in. I had hands-on mentorship from Gideons in my camp. They took me on distributions, and I watched as they shared Jesus with boldness. More than that, they encourage one another to share stories about personal witnessing, and in doing so they teach each other how to look for opportunities to witness. It’s made me realize that witnessing doesn’t have to be intimidating. Sometimes, it’s as simple as asking someone how their day is going.”

“Anyone can find a place, and together we can make a difference by spreading the Good News.”

Jason and Paula joined The Gideons with a desire to impact lives with the Gospel. Along the way, they discovered ministry had a way of making just as big an impact on their lives, as well. “We’ve been truly blessed,” said Jason. “If anyone wants to be a better witness for God, there’s no better way I can think of than to be involved with The Gideons. It can be anything from praying for the Association, to carrying a little New Testament with you each day, to being fully active in leadership, going to Conventions, and participating in Scripture blitzes. Anyone can find a place, and together we can make a difference by spreading the Good News.” 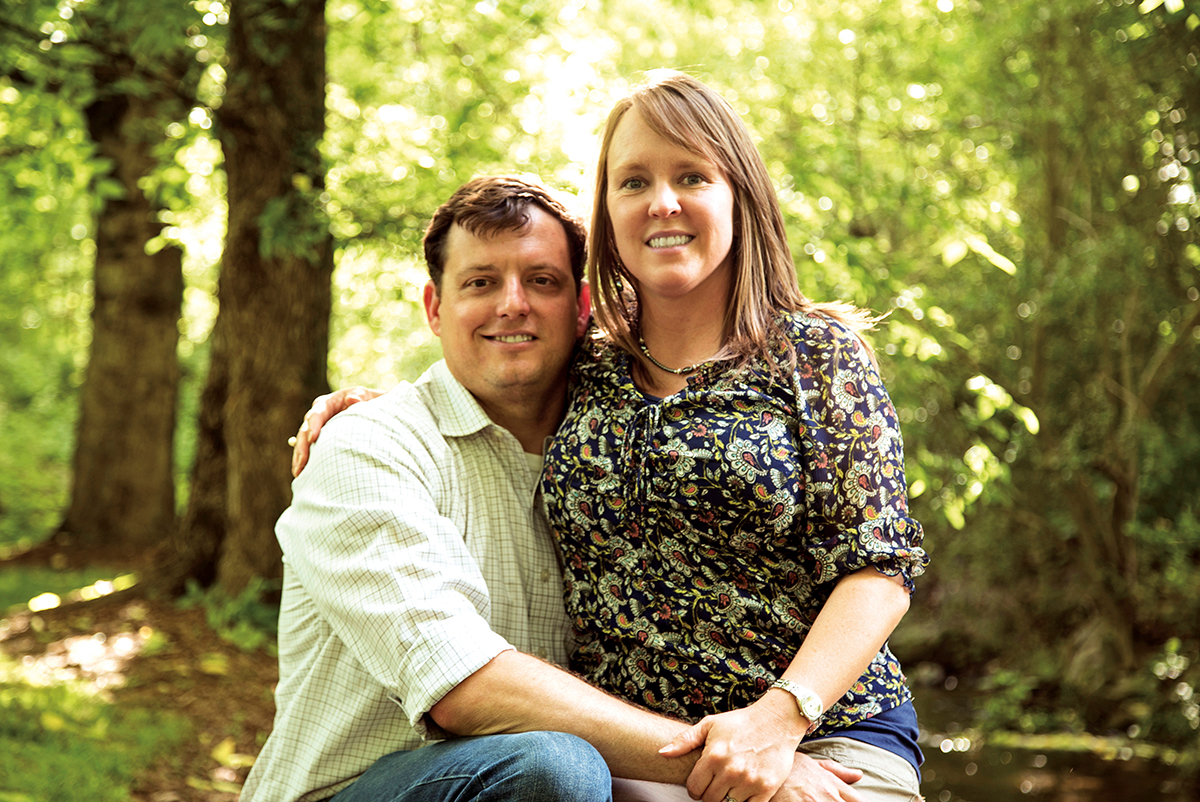