By Mandy Liebig
“For I am not ashamed of the gospel, for it is the power of God for salvation to everyone who believes…” Romans 1:16

Deep in the Central Highlands of Southwestern Kenya, two lone men sat on the side of a steep mountain road. Their truck had lost its hard-fought battle against the road’s spongy orange clay, and it rested idly a few feet away from them, useless. To add to their setback, the nearest mechanic had taken a job in a town an hour away and, finding themselves in the rural outskirts of Nyeri county, the two men had no choice but to wait for him to return, however long that may take.

It was approaching noon when a motorcycle came darting up the hill and slowed to a stop in front of them. “Can I help you?” the rider asked in Swahili, visibly confused by the men’s business attire. The men explained their dilemma. They were Gideons, and they were scheduled to visit several local schools that afternoon to deliver copies of God’s Word. The cyclist nodded understandingly and rode off back in the direction from which he came. Fifteen minutes later, he arrived in front of them again, this time accompanied by a passenger: a mechanic. Soon, the truck had been revived, and the two men were ready to be on their way again, just in time to make their next appointment.

As they left, the Gideons noticed a small, hand-written sign attached to the rear of the motorcycle. It read, ‘God is able.’

Several months earlier, Gideons in the city of Nyeri had begun to organize an International Scripture Blitz. Nyeri is the largest city in Nyeri county, and it serves as both the commercial center for trading crops harvested from surrounding farmlands, as well as the gateway for tourists to access nearby national parks and safari lodges. Amid this daily commotion, Gideons perceived a deep spiritual need among the district’s inhabitants. As a predominantly Christian region, churches in Nyeri are plentiful. However, few people possessed their own copy of the Word of God. 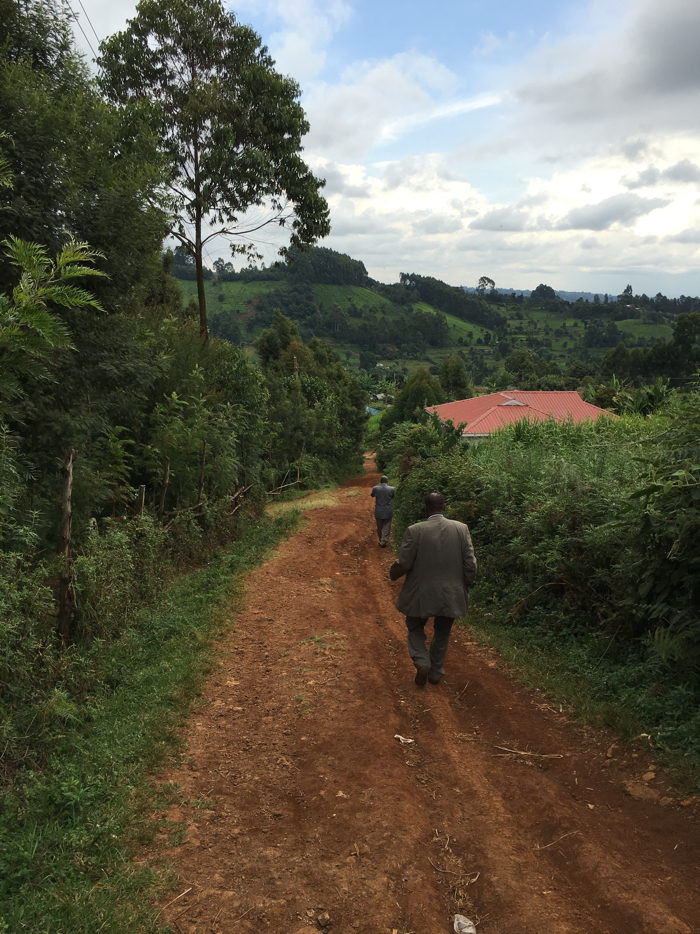 A team of local Gideons, led by Nyeri native and blitz general chairman Francis Wahome, devised a plan to meet that spiritual need. Together with the help of an international team, they would take Bibles and small, pocket-sized New Testaments to as many schools as possible over the course of a one-week period, beginning with schools in the outermost areas of the county and gradually working their way to the schools in the city proper.

It was an ambitious goal, as unpredictable weather and road conditions could create logistical obstacles. Nevertheless, the team diligently began preparing for the blitz. “Gideons contacted all school administrators, prepared a detailed itinerary, and pre-positioned hundreds of boxes of New Testaments and Bibles,” said Mike Pitts, a Gideon from Georgia. “It was an incredible amount of work, and it was clear to us from the beginning this blitz would only be possible because of the prayer and organization that went into it ahead of time.” The international team, eight from the United States, one from Germany, and one from the Republic of China, arrived in Nyeri on Sunday, March 6, 2016, anxious to set about their task.

“At times, it seemed we had reached the ends of the earth.”

Each day of the blitz began at dawn with breakfast and prayer. At 7:00, the Gideons gathered outside their hotel and divided into small teams. Local Gideons partnered with international Gideons and, depending on their route for the day, enlisted the help of guides. With their assignments in hand, the teams fanned out across Nyeri county and beyond, traversing valleys and mountains, weaving their way through coffee and tea plantations, and navigating the densely forested foothills of Mount Kenya, Africa’s second tallest peak. Some traveled more than three hours to reach their destinations. “The countryside was as vast as it was beautiful,” said Washington native Doug Vaughan. “At times, it seemed we were too far removed from civilization to be near any schools. At times, it seemed we had reached the ends of the earth.” 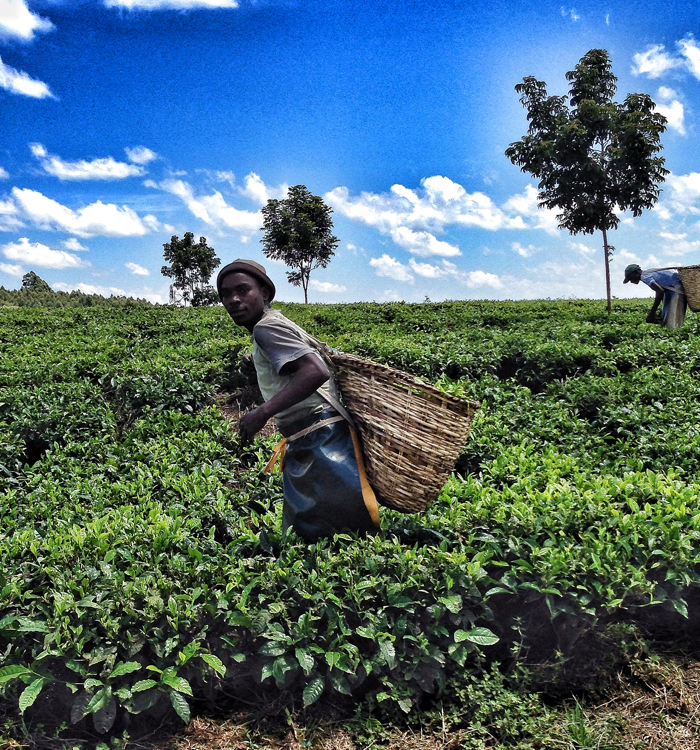 The schools they visited varied in size and structure, but none of the Gideons could deny an earnest, palpable hunger for God’s Word at each and every one of them. Teams received warm welcomes from administrative staff, some of whom found it difficult to conceal their excitement. “I was in awe of their anticipation for the Gospel to be shared and their hospitality in welcoming us,” remembered Keith Tombs of Pennsylvania. “After our initial meeting with the principals and faculty, they would have all the students stop whatever they were doing and convene in assembly.”

With the students gathered in courtyards and open fields, Gideons shared the Gospel message. “I will never forget looking out at the sea of little faces, all of them sitting very quietly and listening intently,” recalled Mike Pitts. “Sometimes, the teacher had to translate what I said into Kiswahili, and it was obvious I was the first white man many of them had seen. They were mesmerized.” 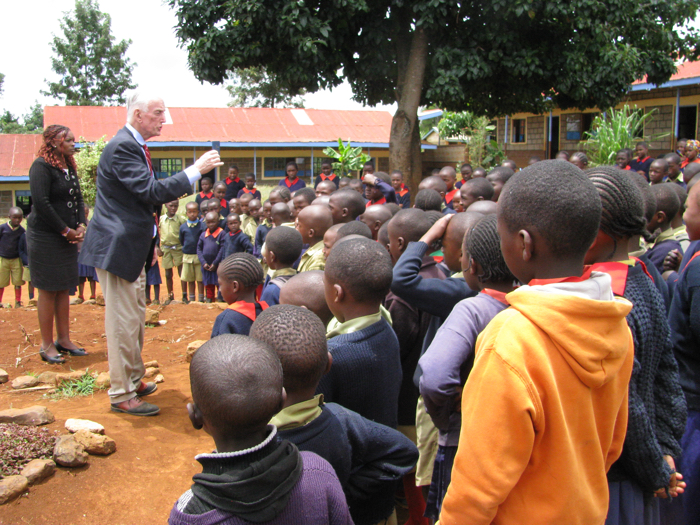 Each student received their own New Testament, and each principal was presented with Bibles for the schools’ individual use. “It was such a joy to see how delighted the students were to be gifted a New Testament,” said Kansas native Jerry Leuthold. “The experience was unusual and eye-opening for most of us, because we are not used to being welcomed into schools. But at these schools, they have the ten commandments on the walls, they are being taught the fruits of the spirit, and they sing songs about reading their Bibles and spending time in prayer. To receive their own copy of God’s Word was, for many of them, a momentous occasion.”

This eager and sincere response to the Gideons’ efforts became a familiar scene as they moved from school to school throughout the week. Each evening, teams returned to their hotel with personal anecdotes of God’s power at work, lending strength and reinforcing their purpose for conducting the blitz.

“We were delayed in getting to one school because we had to return to our hotel to get more New Testaments,” said Christian Morgen, a Gideon from Germany. “We were afraid we had missed our opportunity. However, rather than turn us away, the principal insisted we address the students. To my surprise, he then gave an extremely moving testimony about how he had received his own New Testament over 40 years ago, and it remained one of his most prized possessions.”

On another visit to a secondary school, the principal lamented how two weeks earlier someone had broken into their school and stolen all of their Bibles. When the Gideons finished their distribution, he turned to his students and said happily, “See how God is faithful? We prayed for new Bibles, and God has sent these Gideons with Bibles for the school and a New Testament for each one of you.”

“You are the ones God sent to preach about Christ. You are the answer to all of our prayers.”

Then there was the story of Margaret, who traveled over two hours, on foot, in pursuit of the men who had visited her school earlier that morning. “I needed to thank you,” she explained when she found them. “My husband is a pastor, and for many months our congregation has been praying for someone to bring the Gospel to the students in our schools. You are the ones God sent to preach about Christ. You are the answer to all of our prayers.” 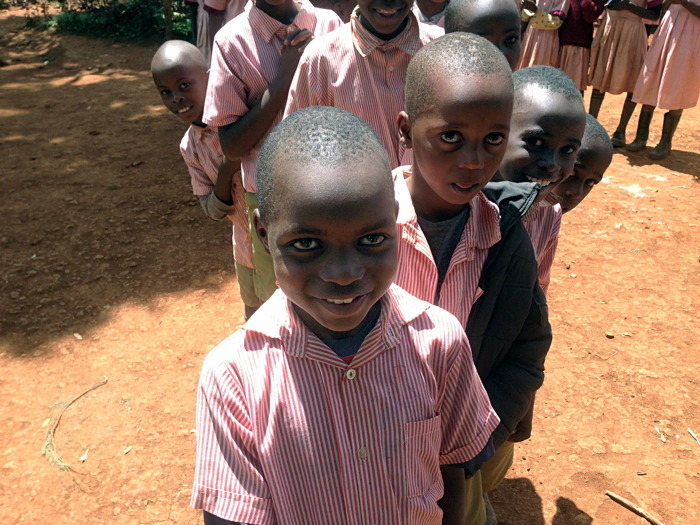 As the blitz concluded Friday afternoon, the Gideons were thoroughly exhausted, but also greatly encouraged. Together, they had begun the week as witnesses for the Lord’s infinite mercy, and together they had ended it as witnesses of His steadfast faithfulness. “We spent a great amount of time in prayer, and each day we saw those prayers answered in mighty ways,” said James Chen of the Republic of China. “Indeed, my soul has been awakened, and my spirit has been revived.”

“…my soul has been awakened, and my spirit has been revived.”

The teams visited a total of 607 schools, and over 150,000 copies of God’s Word were now in the possession of men, women, and children across Nyeri county. “It was the book of Acts in action – the church united in a single purpose of reaching others for Christ,” said Doug Vaughan. “We saw hundreds dedicate their lives to the Lord, and it reminded us that the greatest and most humbling miracle of all is when people are saved.” As these individuals take Scriptures home to their families and friends, opportunities become available for countless souls to read the Good News. The full extent to which those Scriptures will impact lives is unknown, yet the Gideons remain joyfully and prayerfully confident in the promise that where their work ends – God is able.